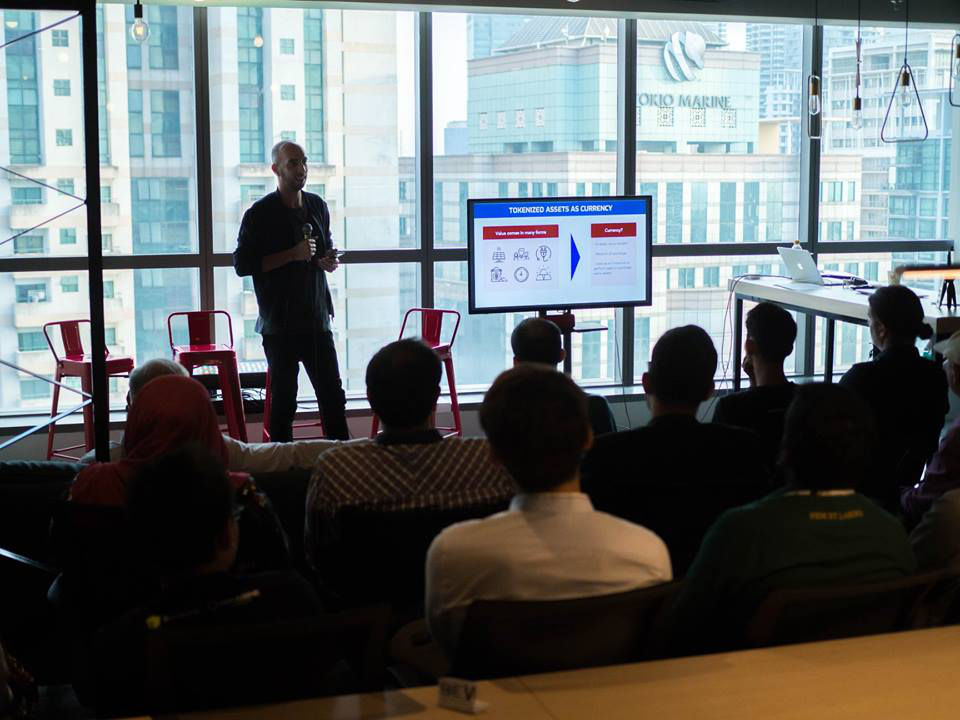 As an actively enrolled citizen of the Blockchain Embassy of Asia (BCE)- I’ve had the chance to engage with the BCE in their first public event, VOKL where I shared my thoughts on the current Islamic Financial Architecture. In my last blog post, I have shared my thoughts on the future of Islamic Finance Rather than blockchains benefiting Islamic Finance, I believe that in truth, principles from the IGE (Islamic Gift Economy) could actually serve as a benefit to blockchains.

Since then, not only did the entire BCE (Blockchain Embassy) event committee dedicate their first publicly accessible session to the topic of Islamic Finance and blockchains, but a small group of those with the most interest have been meeting-up in the evenings and weekends to develop a series of smart contracts that fulfil the technicalities I’d only dreamed were possible.

What’s most interesting is that although I’ve never done any coding or developer work before, the so-called “semantics” of smart contracts can be quite easily understood. Working in the fintech industry myself, smart contracts to the best of my knowledge can be likened to a self-enforcing term sheet, or investment agreement. None of this would have been possible without the incredible commitment from the other volunteers (Talal Hussain from APU, Abdikan Warsame, Jamshid Khalilzad, from the IIUM) – as well as the ongoing participation of organizations such as Ata Plus, who generously hosted the first BCE VOKL event. Not to mention Neuroware for providing Solidity developers to help with the realization of the contracts, which myself, Mahamed Hagi, Zayan Yassin and Akmal Fikri have spent much debate conceiving.

Without that first VOKL event acting as a catalyst for collaboration, it would have been difficult to kick-start something quite as constructive. The event itself was a huge success – despite my anxiously delivered opening presentation that was used to set the tone and topic for the evening. I’m just glad it’s something I’m truly passionate and knowledgeable about – as I hope you can see from below:

Nonetheless, without the help of professionals such as Mohd Ridzuan Abdul Aziz (President of FAOM) and Dr Farrukh Habib (lead Islamic Fintech researcher at ISRA) who were leading the discussions within the hour-long panel that followed my opening presentation. Without them and their responses to the eager questions from the crowd – the evening would have been missing a much needed realistic voice from those directly working within this industry – rather than just my own, which is someone who has only studied it. Taking their considerations into mind, which includes the much need perspectives of regulation and compliance – as well as a knowing lack of universal standards, we’ve been able to make some interesting progress and are looking forward to sharing it with you in my next blog post.